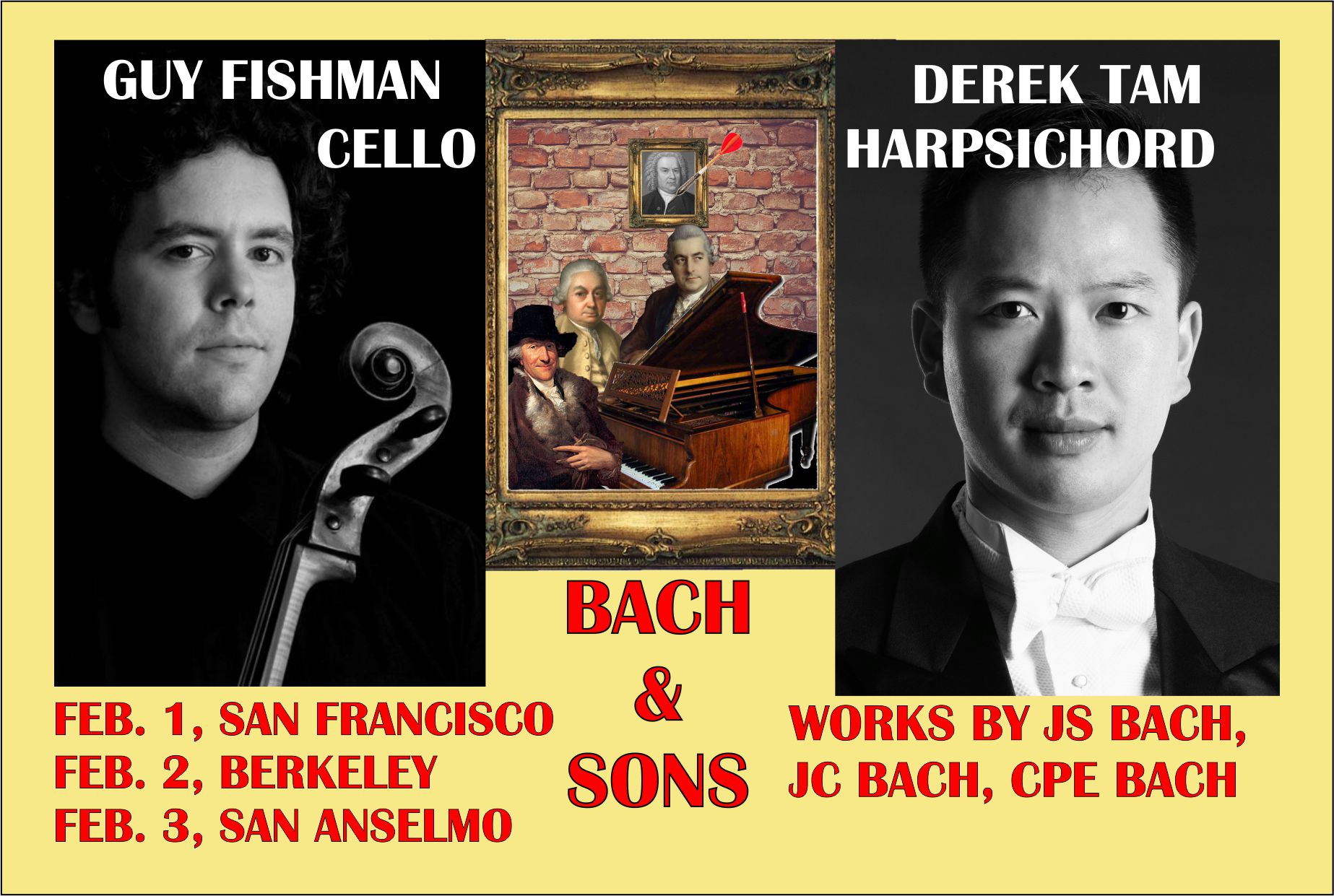 While the music of Johann Sebastian Bach represents the pinnacle of the Baroque period, several of his sons were composers as well (Carl Phillip Emanuel, Wilhelm Friedemann, and Johann Christian) and with their music they broke away from the baroque emphasis on counterpoint (multiple melodies at once) and laid the foundation for the Classical period that reached its pinnacle with the music of Mozart. Bach’s sons were innovators and musical adventurers.

At this concert, you will hear superb musicians Guy Fishman, cello and Derek Tam, harpsichord play delightful music of JS Bach and his sons including both duets and solo works.

Israeli-born cellist Guy Fishman is active as a concerto soloist, recitalist, chamber musician, and orchestral player. He is principal cellist of Boston’s Handel and Haydn Society, with which he made his Symphony Hall solo debut in 2005. Fishman is in demand as an early music specialist in the United States and abroad, having performed in recital and with Boston Baroque, Apollo’s Fire, Les Violons du Roy, Emmanuel Music, Rockport Music, the Museum of Fine Arts, the Boston Museum Trio, Arcadia Players, and El Mundo.

Fishman started playing the cello at age 12, and at 16 began his Baccalaureate studies with David Soyer at the Manhattan School of Music. He subsequently worked with Peter Wiley, Julia Lichten, and Laurence Lesser, with whom he completed Doctoral studies at New England Conservatory. In addition, Fishman is a Fulbright Fellow, and spent his fellowship year in Amsterdam studying with the famed Dutch cellist Anner Bylsma. He is on the faculty at New England Conservatory and Bridgewater State University

Fishman’s cello was made in Rome in 1704 by David Tecchler. 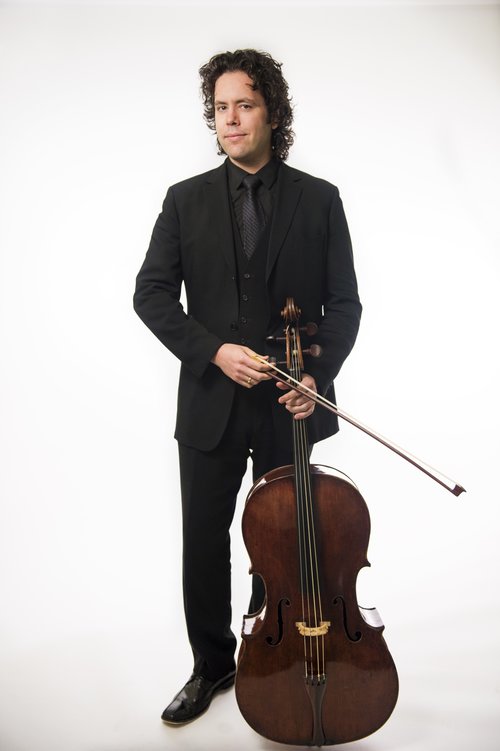 In demand as a conductor and historical keyboardist, Derek Tam performs regularly in the Bay Area and elsewhere. A specialist on historical keyboards, Tam has been called “a master of [the harpsichord]” (San Francisco Classical Voice) and “the fortepianist of the beguiling fingers” (Bloomington Herald-Times).

In addition to performing as a soloist, Tam is a founding member and harpsichordist (and occasional conductor) for MUSA, a San Francisco-based Baroque chamber ensemble. His fortepiano trio, the Costanoan Trio, performed at the 2018 Early Music America Emerging Artists Showcase. He has performed with leading period ensembles such as Voices of Music and Musica Pacifica, and has served as principal keyboardist for most of the professional symphonies in Northern and Central California.

He has served on the faculty of the NAPA Music Festival and the San Francisco Early Music Society Recorder Workshop, and has been on staff at the American Bach Soloists Festival & Academy.

Mr. Tam is a graduate of Yale University.